After extensive research, the James and Ethel Gray Park Foundation(JEGPF), in partnership with the Johannesburg City Parks and Zoo (JCPZ), have developed a pragmatic approach to strengthen the safety and security efforts for all park users, especially for women and children.

The drive, that harnesses the services of volunteers, supporters and park users is aimed at making parks and other public recreational spaces safe and user friendly for women and girls in South Africa due to the fact that the country already suffers the higher rates of femicide and rape in the world.

The JEGPF campaign coincided with Women’s Day, an important day in the month of August, marked as Women’s Month, which is used to raise awareness about important issues that affect women, celebrate their achievements as well as uplift them.

The Foundation has implemented numerous programmes to create the more family friendly, safer and more enjoyable environment for female park users. These measures include the installation of a clear view perimeter fencing, crown-lifting of trees, installation of more effective lighting in the park, regular park clean-up drives such as grass cutting, litter and waste-removal.

MMC Margaret Arnolds who is responsible for oversight of the Community Development, portfolio commended JEGPF for initiating community involvement in the facility., “The work of the foundation in partnership with JCPZ, other City of Johannesburg entities, volunteers, resident associations and the private sector is a blueprint for best-practice in modern joint urban park management. Park safety has improved and a clear indicator is a huge number of mums with their babies that visit this space,” Arnolds said.

With the crimes against women and children on the increase in the country, this initiative has been recommended to other parks as a best-practice in park management systems as it minimalizes the risks that may endanger the vulnerable park users. These efforts prioritize important safety features such as improved lighting, management of physical and noise isolation, higher visibility, effective access to help, management of concealed areas, regular maintenance and prevention of vandalism.

Regular park-user Carla Berman of Melrose North said: “Group efforts and support for the JEGPF have been inspiring. The park has had a long overdue rebirth and given way to a safe, clean and consistently improving space where families can really relax and enjoy the outdoors. As a mother of two young kids, it’s assuring to know that we can return to our neighborhood park with little concern.”

Most of these initiatives have been undertaken by volunteers from the local community and have augmented JCPZ’s scheduled park maintenance.

Abbotsford resident Thembi Shabangu said that: “As women we would like to thank the board of the foundation, the volunteers and supporters for their selfless commitment in organizing the joint efforts for the benefit of the park and all communities. We call on the JCPZ to enable physical security in the park at all times to ensure the long-term safety of women and children.”

The support and involvement of residents and the community, has been growing from strength to strength and the Foundation has also recently set up a volunteer WhatsApp grouphttps://chat.whatsapp.com/CYlTHbB6al9HGeHjsD5rIb, which has rapidly gained momentum and which now has more than 150 volunteer members registered from across the length and breadth of Johannesburg.

To mark the Mandela Day, over the weekend of 18 July 2020, Foundation members, park-users, residents and volunteers undertook a major park clean-up campaign, which resulted in the collection of 30 bags of litter and rubbish which was properly disposed of afterwards.

In partnership with JCPZ, Johannesburg Metro Police Department, Pikitup and the CAP green team, the volunteers also undertook a massive clean-up of the Sandspruit river in the park. Encouraged by the success of that campaign, the Foundation now runs a three days per week clean up and maintenance exercise.

Chairperson of the James and Ethel Gray Park Foundation, Sunil Geness said: “Park utilisation has increased exponentially under lockdown level 3 conditions. The Foundation will continuously and consistently intensify efforts and specific actions during Women’s’ Month and beyond to allow girls and women to utilise and enjoy the park to the fullest extent without experiencing fear or discrimination. The Foundation is committed to supporting gender equality and women’s empowerment as a right and as an important prerequisite for a free society.” 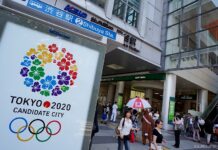 Let the poaching stop: Africa should protect her Athletes as much as Wildlife 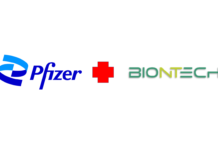 Pfizer vaccine to be manufactured in a South African firm: The first in the African Continent 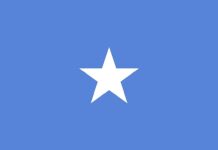 Somalia: Can indirect Election be the Answer?

Let the poaching stop: Africa should protect her Athletes as much...

Pfizer vaccine to be manufactured in a South African firm: The...

Somalia: Can indirect Election be the Answer?