This new surge in  cases is linked to several protestant churches in the Seoul metropolitan area and has caused anxiety among parents and teachers as the third batch of students are returning to school for the first time since the virus outbreak.

The Korea Centre for Disease Control and Prevention (KCDC) has confirmed the spike in cases. South Korea has reported close to 12000 cases so far.

As the country is still struggling with the cases related to nightclubs and a distribution centre in the greater Seoul area, a new string of infection traced to the churches in and around the capital has emerged a new source of concern for the authorities.

“We call on people not to have face-to-face (religious) meetings in Seoul’s metropolitan area until infection risks fall,” KCDC deputy director Kwon Joon-wook said in a briefing.

In February, South Korea saw a sharp rise in Covid-19 infections linked to the church services of a minor sect in the southeastern city of Daegu, which was once the epicentre of the virus outbreak in the country.

Authorities have warned that if cluster infections continue to break out, it might potentially lead to mass infections in the greater Seoul area.

“Large-scale infections are feared to come in the Seoul metropolitan area, but we can succeed in containing the virus spread when citizens raise their guards against the pandemic to break the chain of virus transmissions,” senior health official Sohn Young-rae said in a briefing.

Nearly 1.8 million students are returning to school on Wednesday. But over 500 schools delayed their opening at 10 AM on Wednesday.

After following strict social distancing norms for over a month and a half, South Korea switched to the ‘everyday life quarantine’ norm under which citizens could take forward social and economic activities under quarantine regulations.

South Korea along with New Zealand was seen as a successful model of controlling Coronavirus effectively.  Health authorities believe a female pastor 57, is the primary source of the new wave of infection. However, how she got infected is unclear. 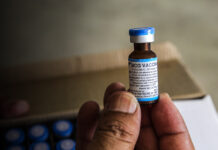 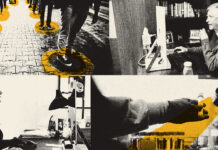