Customers can expect up to 50% off hundreds of products over the next two weeks, with new deals launching daily in all Pick n Pay stores nationwide and online. Daily new deal alerts will be sent to Smart Shoppers via email and sms as they break, and to customers who signed up for Black Friday alerts.

“We are expecting that customers will be very focused in the way they approach Black Friday this year and will be looking for the best savings. Similar to past Black Fridays, many customers will use it as an opportunity to hunt for some great deals, particularly on clothing, appliances and electronics.”

He adds that they also expect customers to use Black Friday as an opportunity to restock everyday grocery and household items.

Some of the popular purchases last year which Pick n Pay expects will be high on customers’ shopping lists this year:

    If the amount of UHT Milk sold over Black Friday weekend were liquid hydrogen, there would be enough to get to the moon and back four times.
    Customers bought enough Sparletta to fill two Olympic sized swimming pools.
    Pick n Pay sold the mass of two Airbus A380s in frozen chicken.
    One million peppermint crisp tarts could have been made with the quantity of tennis biscuits sold.

Customers will be able to shop all Black Friday deals online, including popular purchases, such as televisions and big appliances, and secure their purchases without any queues:

–    Pick n Pay’s official on-demand grocery and liquor delivery app – Bottles – will load new Black Friday deals every day for delivery nationwide within as little as one hour. Customers will be able to order up to 50 items – from groceries and household items to liquor and small appliances – with a limit of six per item. In addition to great savings, Bottles will also be offering daily, exclusive promotions which will include free delivery or R50 off their shop.

–    Pick n Pay’s online shop (www.pnp.co.za) will continue to offer scheduled delivery for as early as the next day. Black Friday deals are only available to online customers in Gauteng and the Western Cape.

Pick n Pay Clothing is also offering fantastic deals for Black Friday deals and customers can expect savings across all the ranges. These will be available in standalone stores, in supermarkets with clothing sections, and through their online shop (www.picknpayclothing.co.za) for home delivery.

“We expect many customers to favour online shopping this year so we have increased the number of drivers to cater for the expected surge for same-day delivery of Black Friday deals. We will also have more personal shoppers in stores to pack orders as quickly as possible.

“In-store, our staff will also be on hand to help unpack items and assist customers on the shop floor or at the till points. Safety measures will remain our top priority to ensure a safe shopping environment. Queues will be closely managed, and we have also spread out our Black Friday deals in-store to help maintain physical distancing,” says Bradshaw. 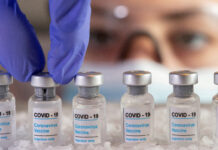