By David Himbara, Educator, Author & Professor of International Development, based in Toronto, Canada

At the Financial Times’ Africa Summit held in London on October 13-14, 2019, South Africa’s head of state, Cyril Ramaphosa, dropped a bombshell. He asserted that during the 9-year presidency of his predecessor, Jacob Zuma, corruption cost South Africa more than 500 billion Rand or $30 billion. During the presidency of General Sani Abacha who ruled Nigeria from 1993 to 1998, he plundered an estimated $5 billion.

Evidently, Abacha was an amateur compared to Zuma. The $5 billion Abacha looting is a mere 16% of Zuma’s plunder of $30 billion.

Abacha used several methods to plunder up to $5 billion including direct theft of money from the national treasury through the central bank; inflated value of governmental contracts; and extortion of bribes from fraudulent transactions. The proceeds of the various looting schemes were laundered through a complex web of banks and front companies in several countries. The money was stashed mainly in Switzerland, Jersey Island in the United Kingdom, the United States and Liechtenstein. The key player in laundering the loot from Nigeria was Mohammed Abacha, the late dictator’s eldest son.

Considerable progress has been achieved in returning the money to Nigeria in the past two decades. Switzerland has been the most active in returning the Abacha loot to Nigeria, with the figure of $2.6 billion in repatriated funds often cited. More recently in May 2020, the US government returned $312 million to Nigeria. This was the result of a trilateral agreement among the governments of the United States, Jersey, and Nigeria to return the Abacha loot. The recovery of the process will continue for the foreseeable future because the bulk of the money is still out there.

In South Africa, the plundering of public money mainly took the form of what is popularly known as ‘state capture.’ The ongoing Judicial Commission of Inquiry into State Capture has revealed the primary actors in the ugly drama. At the centre of it all were two families, namely, the Zumas and the Guptas, three Indian-born brothers who immigrated to South Africa after the fall of apartheid. The Guptas owned a portfolio of companies that captured lucrative contracts with Zuma government’s departments and state-owned enterprises (SOEs).

As revealed at the Judicial Commission of Inquiry, the Guptas instructed public officials in charge of various state bodies to take decisions that advanced the brothers’ business interests. Compliance was rewarded with money and promotion, while disobedience was punished with dismissal. The public bodies captured in this fashion included the ministry of finance; tax collection agencies; the national carrier, South African Airways; the state-owned rail-freight operator Transnet; and the energy giant Eskom, one of the world’s largest utility companies. These state entities were looted to the bone to the extent that they survived by governmental bailouts. South African Airways would later collapse. Eskom is limping along with an enormous debt of 480 million Rand or $29 billion.

Meanwhile, South Africa’s national debt stands at $230 billion, which in 2020 increased because of the $4.3 billion loan from the IMF for budget support. Debt as a percentage to GDP stands at 77% and is projected to reach 85% in 2021. However, the debts of SOEs including Eskom and South African Airways are not included in these figures, even though they are guaranteed by the government.

As Nigeria’s dictator who had seized power through a military coup d’état, Sani Abacha could do as he pleased. He ruled by decrees which placed him and his government above the law and the courts. By such decrees, he gave him absolute power. Abacha’s total power was the key to the national treasury.

As the leader of the ruling party and president of South Africa, Zuma was untouchable. And he still is untouchable because he is still a free man, the $30 billion plundered during his rule notwithstanding. Most of Zuma’s cabinet ministers serve in Ramaphosa’s government, too, as does Ramaphosa himself who was deputy president. The Secretary General of the ANC, Ace Magashule, is Zuma’s staunch defender. During Zuma’s presidency, Magashule was the Premier of the Free State, one of South Africa’s nine provinces. According to the testimony at Judicial Commission of Inquiry into State Capture, Magashule‘s Free State was also captured by the Guptas.

It is therefore unlikely that Zuma, his family, or his senior officials will face serious consequences for the grand looting. The ANC cannot put itself on trial let alone sending itself to prison for the grand plunder committed under its rule. At least in Nigeria, some of the stolen money was returned with good prospects of recovering more. Sani Abacha’s son, Mohammed Abacha, was arrested in 1999 and held for more than three years over charges of financial crimes. The younger Abacha was apparently freed after he pledged to return more than $1 billion pilfered during his father’s reign. Do not expect Jacob Zuma or his son Zuduzana Zuma to suffer the same consequences. 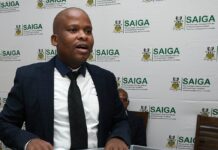 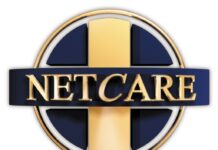 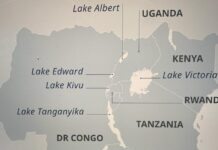