Kipsang’s ban is backdated to Jan 10, when the provisional suspension was announced. World Athletics ethics arm the Athletics Integrity Unit (AIU) said he has been suspended for not being available for testing and providing false evidence.

His results since April 12, 2019-date of his third whereabouts failure in a 12 month period have been annulled, the statement said.

A Whereabouts failure applies when an athlete fails to provide their Whereabouts on a quarterly basis to ensure they can be located for testing.

Any athlete found of three such failures in a 12 month period will be treated as anti-doping violation and will be subjected to a two-year ban.

Kipsang had told the AIU that he missed the test on May 17, 2019, due to a traffic accident and provided a photo of the crash. But the image was found to be from an accident on Aug 19, 2019, The World Athletics Disciplinary Tribunal found.

“The AIU considers that the evidence demonstrates overwhelmingly that the athlete was engaged in tampering or attempted tampering in breach of the IAAF rules”.

In his ruling, the sole Arbitrator Conny Jorneklint recorded “The athlete engaged in fraudulent and deceitful conduct by providing deliberately misleading and false information to the AIU in an attempt to obstruct and delay the investigation into his explanation” 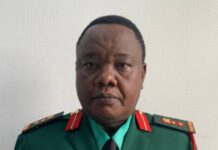 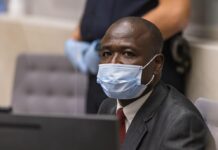